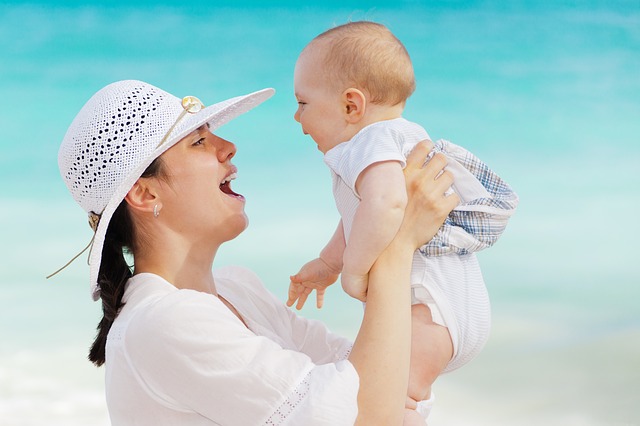 The first months of your infant are full of novelties. As parents, you will indeed see his first smiles, his first sounds. More and more awake, your child will begin to catch objects, and react to what surrounds him. His second month also means the appearance of small colic, and vaccines very important for his health. To prepare for what awaits you, and to support it in its growth, here is everything you need to know about the second month of your child!

Food, health, sleep: all about baby at 2 months

On the health side, the first change you should notice is that your baby will have grown up (between 3 to 4 cm). It will also be necessary to start vaccinating against tetanus, whooping cough, diphtheria, poliomyelitis and haemophilus influenzae b. You can also give him a vaccine against Hepatitis B and pneumococci in his two months. To avoid getting sick (and that it does not catch a gastro or a nasopharyngitis), the easiest way is however to avoid the very frequented places.

As for his appetite, he will continue to drink milk exclusively, at the rate of 5 to 6 bottles per day (if you give him infant milk). For breastfeeding mothers, you will still be breastfeeding on demand. Be careful though to keep an eye on his digestion, which can be a little painful (take his crying seriously). If it is really difficult to digest, the best is to go immediately to see your pediatrician.

As for sleep, your baby will not sleep again in the second month. Your child can sleep between 16 and 20 hours a day and will not distinguish the difference between day and night. To help him, you can make him take a nap in the morning, and give him his last bottle (or breast) in the dark (without external stimuli).

Monitor and support your emotional development

Your child will be more able to express his emotions, and will do so in different ways, depending on how he feels (whether relaxed or upset, for example). In his two months, baby will also be more able to calm down alone (especially by sucking his thumb, or pacifier). You will quickly see that he will express his emotions (such as pain or pleasure) with tears, or chirps (or hoarse sounds). He will particularly like your gestures of affection, which will reassure him and will press against you to relax.

Of course, not all children develop at the same speed, so the most important thing is to let them grow at their own pace. To accompany him in his growth, you can nevertheless comfort him by your caresses, but also by reacting appropriately to the signals that he sends you (so that he feels understood, and important to you). You will also promote communication between you and your infant.

Always value his emotions, leaving him alone when he is agitated, and imitate his facial expressions to send him a mirror of what he feels. Another important point, try to establish a routine so that he can predict the course of his day, and feel reassured.

The motricity of your child will also develop a lot in his second month, starting with gross motor skills and fine motor skills. Even if your child will not be able to stand up, or even sit on his own, he will control his movements even more, and will be able, for example, to turn his head on both sides when he is lying on his back. You will notice that it will be difficult to keep it straight. From the second month of your (short) life, your baby will also be able to follow objects in motion and will have a preference for human faces and bright colors.

He will also better control his limbs, and can use the movements of his body to express his emotions and what he feels (like pedaling with his legs when he is excited). His head will continue to wiggle when you hold it against your chest, but it will be better able to keep it straight on its own (but do not forget to support it so that it does not fall backwards). He will not control it however perfectly and can jump involuntarily (especially on the back). Also remember to watch your child's flat head, making sure he does not always keep it on the same side. Your child will also be able to control his hand better and will be able to squeeze objects and hit them against each other.

To help him progress, the most important thing is to comfort him, by blowing on his belly for example, or by keeping him on his side with a towel when he sleeps on his back. Also give him the opportunity to see your face from different perspectives by lying on you or lying beside him.

What about his intellect?

In terms of intellectual development, your two-month-old baby will begin to chirp and react to what he sees and hears. He will also be able to understand the cause-and-effect relationship between different events. Baby will also have the ability to fix moving objects, and will be more interested in those whose color is more lively. At two months, your child will distinguish the voices and faces he knows best, and associate them with certain situations (such as the meal with his mother, or the bath with his father.

To accompany him in his growth, think of him smiling when you talk to him, to respond positively to his joy and to take into consideration his tears (and his needs in a general way). Talk to him during his treatments (his bath, his meals, when you change him), so that he associates sounds and a tone of voice with the different stages of his daily routine.