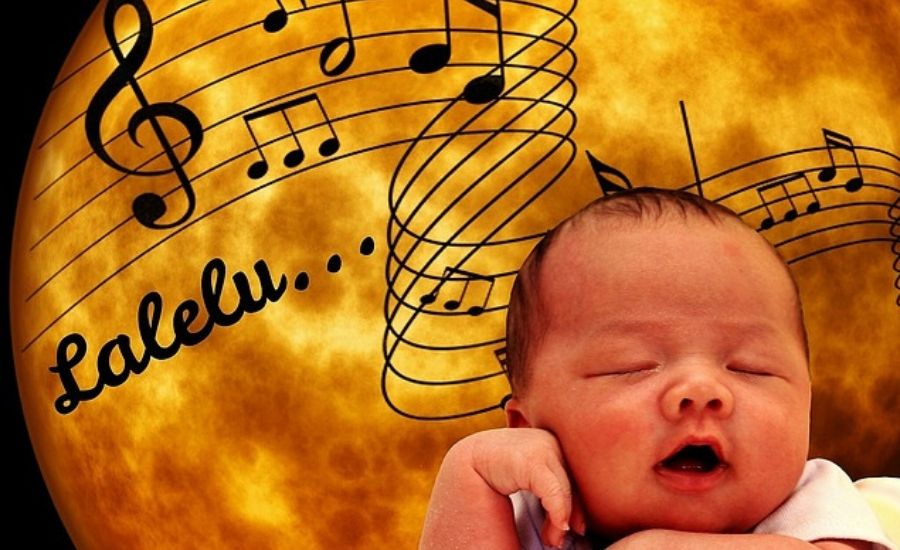 Most children like their parents to sing songs and rhymes to them. Unlike songs, nursery rhymes have no melody: they recite more than they sing. Songs and nursery rhymes often entertain toddlers and promote, among other things, the development of their language and their awakening to reading and writing.

Benefits of songs and rhymes on language

Words that rhyme and repeat in songs and rhymes attract the attention of children and allow them to become familiar with the sounds of their language. It also allows them to learn new words.

Discover the sounds of the language

Prepare for reading and writing

In the distant forest
We hear the cuckoo
From the top of his big oak
He meets the owl
Cuckoo, cuckoo, cuckoo
Owl, cuckoo

By helping a toddler age 3 or older to become aware of the sounds, the songs and nursery rhymes also prepare him for reading and writing. For example, the child may come to recognize the sound of the letter "c" in "cuckoo" or to hear that "cuckoo" and "owl" end up "or", and therefore these two words rhyme. These skills help the child to associate sounds with letters when it comes to reading and writing.

In addition, listening to songs and rhymes promotes the development of auditory memory . This skill is also useful for learning to read and write.

Songs and nursery rhymes: other benefits

In addition to helping a child develop their language, learning a song or rhyme stimulates their attention and concentration.This learning is also a good memory exercise in itself. When accompanied by gestures, songs and rhymes also contribute to the motor development and fine motor skills of the toddler.

Songs and nursery rhymes can also stimulate your curiosityand help you gain knowledge. Indeed, he can, for example, ask questions to know more about a trade, a country or an animal named in a song.

Of course, the lullabies, those songs that are sung to a child before he falls asleep, are also a source of comfort . A baby would calm down more easily when his parents sing him a lullaby than when they talk to him. According to one study, listening to a gentle song for only 10 minutes can reduce the heart rate of toddlers and even decrease their pain.

Songs and nursery rhymes by age

From birth, you can sing songs and nursery rhymes to your child. By listening to you, he will want, later, to imitate you.

It is towards 2 years that a toddler is able to learn a little song or a nursery rhyme.

Take advantage of all occasions (eg diaper changes , drinking, bathing ) to introduce simple and short songs or rhymes (eg Am, stram, gram , or I hold you by the goatee ). Your baby will be particularly interested in songs that are accompanied by gestures (eg, puppetry ) and games that require contact between you and him (eg Forked Chin , The Bibitte who goes up ). Little by little, your child will learn to predict what will happen at the end of the song.

Opt for gesture-like songs that allow your child to know the names of body parts (eg, I have two eyes or head, shoulders, knees, toes, or do you know how to plant cabbages? ). Invite your child to do the same things as you. The songs about animals will also entertain your little (eg. In the farm at Mathurin or Y'avait crocodiles or There's a rat ).

Why sing with children?

Your child is talking more and more and the songs and rhymes that play with the words interest him more (eg: Pippin apple , Ani couni chaouani , Three little cats , etc.). This allows him to have fun with the language and become aware of the sounds that compose it. Have fun inventing songs on familiar tunes (eg: In the moonlight ). In turn, create a sentence that rhymes with the previous one.

Activities to do with songs and nursery rhymes

Try the following activities with your child over 3 years of age using the traditional songs and nursery rhymes below.

Why you need to limit screen time for your child

Note: Hypertext links to other sites are not updated continuously. It is possible that a link can not be found. In such a case, use the search tools to find the desired information.