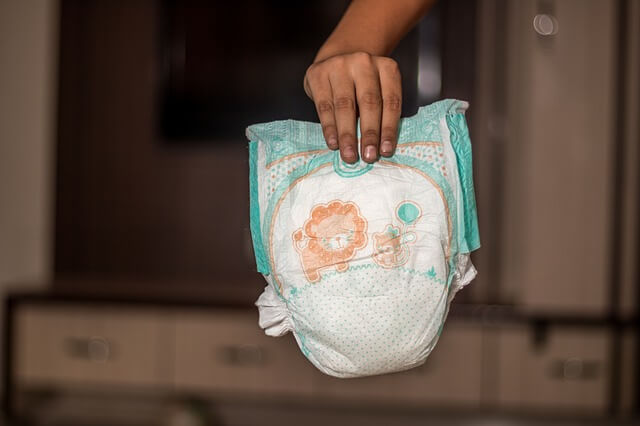 The childcare market has grown massively in recent years and many future parents do not know what can be essential of the gadget. Among these "newcomers" is the litter bin , on which many question its real usefulness. So that everyone can get a complete idea about its use and its characteristics, we will detail in this article all there is to know about this accessory which, generally, is akin to a gadget.

Diaper bin, what is it? 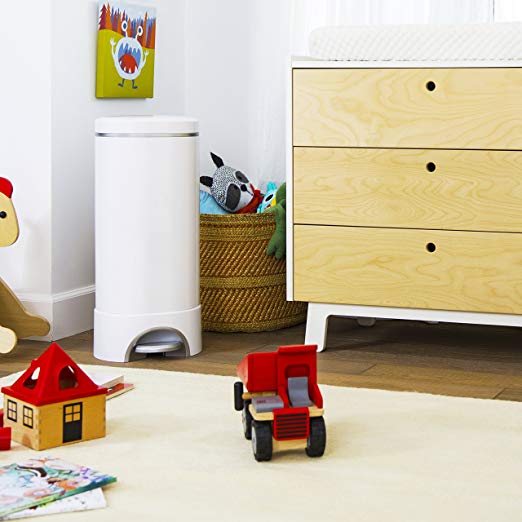 As its name suggests, the diaper bin can throw all baby diapers in one place. Thus, it isolates the bad smells and avoids having to cross the apartment to go from the room to the kitchen to throw the layers. This accessory can not be more hygienic and allows to have a dedicated storage and especially ... appropriate!

How Does it work?

Very simply, the trash is presented with an opening that reveals a small space that will open to the passage of the layer. Thus, just place the layer and exert a little pressure so that it rock in the bottom of the trash. In some cases, the opening system is operated through a pedal. Once down, no bad smell escapes from the layer. At each passage of a layer through the dedicated orifice, an anti-odor bag closes to leave room for the next. To empty the bin, just open the lid and take out the garland and throw it in the container provided for this purpose according to the recycling rules of your municipality.

The advantages of the litter bin

The main advantage of the diaper bin is to prevent the diffusion of unpleasant odors. Confined in this receptacle, they no longer diffuse their odors outside. In addition, the diaper bin can easily be placed next to the space dedicated to changing the baby at the foot of the changing table for example. Thus, it allows to instantly discard the used layer, without having to move to another room to throw it. Of course, this system ensures more hygiene since dirty diapers will no longer be put in the trash of the kitchen.

The best diaper bin models according to the parents 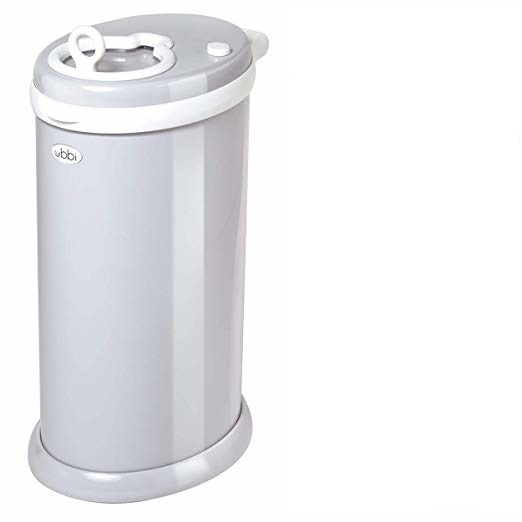 This model of Ubbi holds up to 55 diapers. It's a multiple award winner product trusted by parents. No special refills are required as you can use any regular tall kitchen bags thus saving parents some money.

It operates through a rubber seal flap opening and is childproof loccked. Perfectly anti-odor, the litter bin is particularly compact, and will easily fulfill its role.Emptying the trash is very easy and simple. 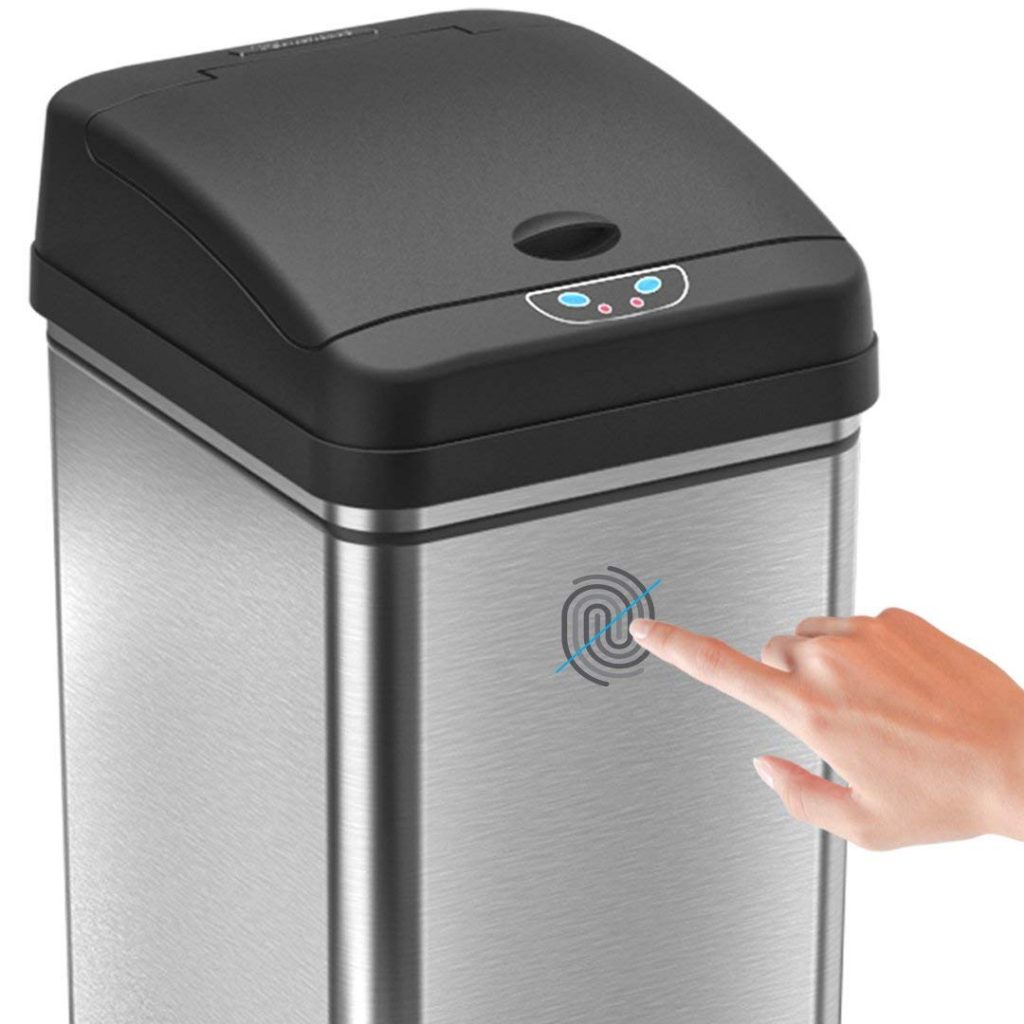 As the name indicates, it's 100% touchless: your hand's motion will automatically open it! Very convenient hygienic option. Odors are controlled thanks to replaceable carbon odor filter.

on the design side, the trash takes a futuristic look, with a unique lid status alert system. Solid green indicates the lid is open mode and blinking red means it's about the close.

It operates with 4D batteries (not included) that can more than a year. The device can also be used with an optinal AC adapter. 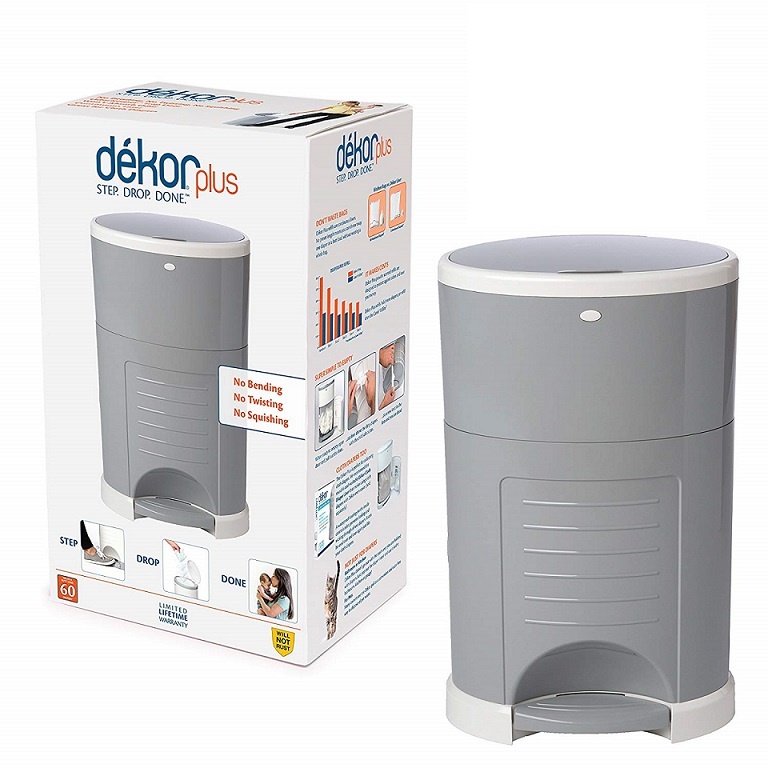 It has a pedal, which allows to operate the opening simply, including when baby is in the arms.

It has a spring loaded odor keeper trap door to perfectly isolate odors.

Regarding its design, this model can blend in all styles as it is available in three-tone white, gray and soft blue. Thanks to its neutral look and pedal, this trash can easily be converted into ordinary bathroom trash once the time of the past layers.

How to choose a litter bin

The proposed litter bins have variable capacities, allowing to accommodate a different number of layers. Thus, the first models start with a capacity of fifteen layers, while the largest can go up to 70 layers. Thus, knowing that a newborn consumes 8 to 10 layers per day, it is necessary to set a sufficient storage capacity for his needs.

With or without refills

Among the different models, we can differentiate those offering refills and those without charging system. The first offer a reservoir in which we will insert bags specially adapted to the model and which are intended to accommodate the layers. Thus, when the trash is full, just open it to get the bag, seal it and throw it as is in the trash. The latter operate without a bag, which involves emptying the trash directly into the trash. In some cases, it may be proposed an individual packing system of the layer before storage in the trash.

In order to integrate harmoniously with the decoration of the nursery, the existing models have bet on neutral tones, which can thus marry easily with the different interiors. White, light gray, some subtle touches of color sometimes, most products will blend naturally throughout.

In addition, the shapes proposed have been worked to offer models with rounded corners, which brings a design touch to the product. To be as ergonomic as possible, other models have been enriched with a handle, to help move the trash. Finally, there are versions of the trash can with pedal, which greatly facilitates handling when carrying your baby and hands are taken.

The different models can adapt to all budgets. Depending on the case, we can find entry-level models from 15 euros while the most elaborate models will be around $65 euros. On average, the trash will cost about $30-$40.

In order to have a more precise idea, one must also inquire about the price of refills. Some models accept ordinary garbage bags, while others require the use of bags specially adapted to the garbage. Depending on the case, this operating budget will have to be taken into account when calculating the cost of the bin.

What you need to know about economical Diapers